Cloud DDoS Protection: How to Mitigate All Risks 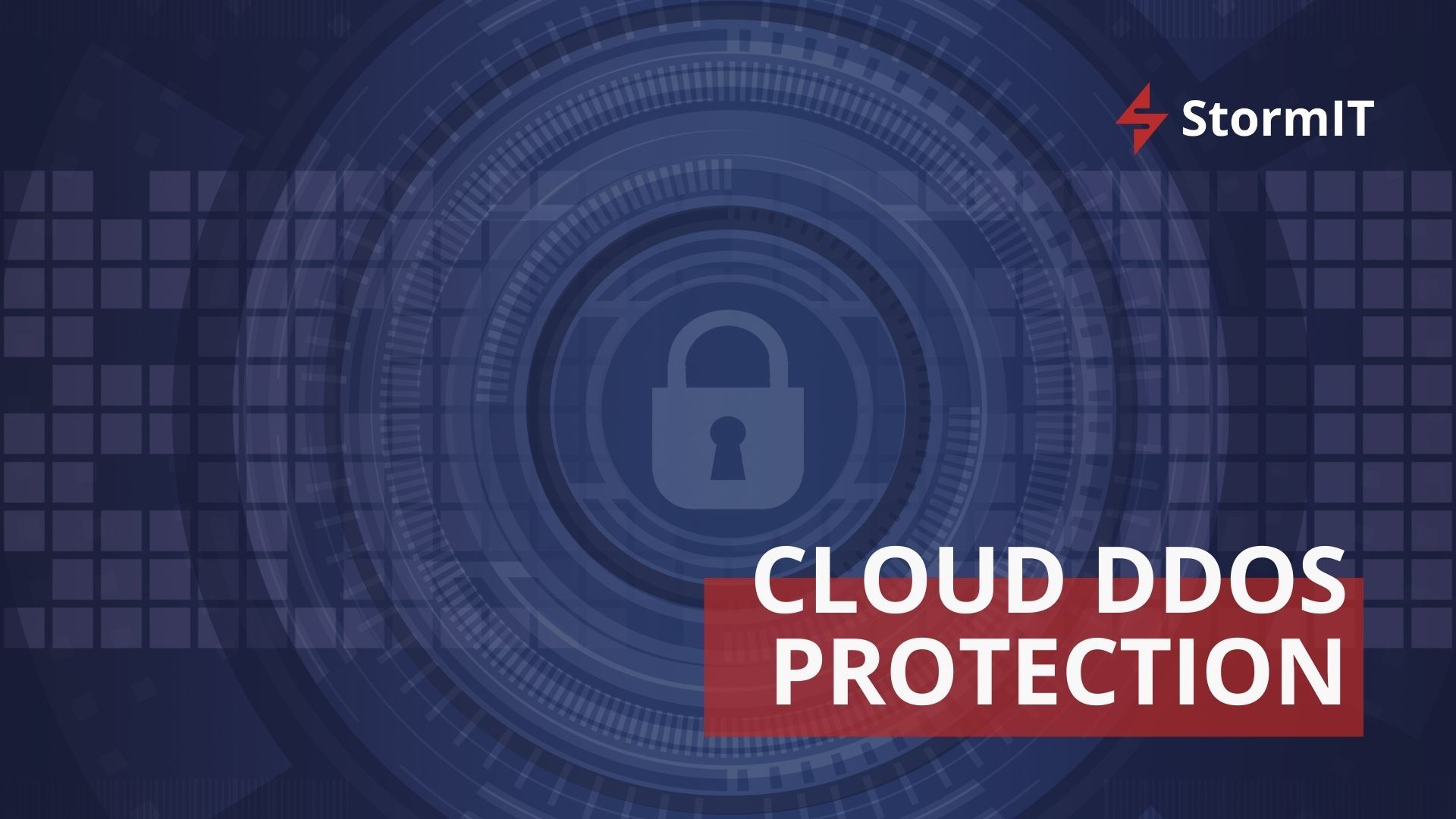 Before answering your question about how to protect against DDoS, you should understand what a DDoS attack is and what types of such attacks exist.

What is a DDoS (Distributed Denial-of-Service) attack?

It’s an attempt to flood a network, system, or application with more traffic, connections, or requests than it can handle. This can have disastrous effects for businesses and other types of organizations, such as governments.

For major websites and applications, even a few seconds of downtime can result in a significant loss of revenue and a disruption of services. DDoS is a non-intrusive attack which means the attacker doesn’t need admin access to your site or application to run it and this traffic can look normal at first.

A DDoS attack is launched from numerous compromised devices and also from several different networks, often distributed over the world in what is called a botnet. A botnet refers to a group of computers that have been infected by malicious software (malware). This is the main distinction from the Denial of Service (DoS) attack, which uses a single device (one network).

Why do DDoS attacks exist?

DDoS attacks can be launched for various reasons ranging from activism to state-sponsored disruption, with many attacks being carried out simply for profit. Hiring services online for DDoS attacks is relatively inexpensive, especially in relation to the amount of damage they can cause.

Why is DDoS a problem and what does it impact?

What are the common types of DDoS attacks?

DDoS attacks can be mainly divided by which layer of the OSI model they attack.

When you become a StormIT customer, our experts become an extension of your team, designing and supporting a secure AWS infrastructure for your needs.

We offer AWS Edge Services (Amazon CloudFront, AWS WAF, Amazon Route 53 and AWS Shield) in our special bundles, so you can leverage DDoS protection and overall security for your applications.

The pricing of these bundles is mainly based on your monthly data transfer and we provide special pricing for organizations transferring as little as 1 TB of data per month.

You can read more about our offers here:

At this point, you should understand that there is no easy way to avoid a DDoS attack, but there are some techniques to mitigate against such attacks:

Some more specific techniques on how to mitigate DDoS attacks:

Do you have any questions regarding DDoS protection of your application or infrastructure? Contact us and get a free consultation.

Two ways to use AWS services for DDoS attacks mitigation:

First, it’s good to see some architecture examples to help you understand the best way to mitigate and protect your application against possible DDoS attacks.

This reference architecture includes several AWS Edge Services that can help you improve your web application’s resiliency against DDoS attacks, but also secure your application and infrastructure in other ways. This architecture is intended for those who use only AWS services.

And here is an example of an architecture for those who use servers outside of AWS Cloud. 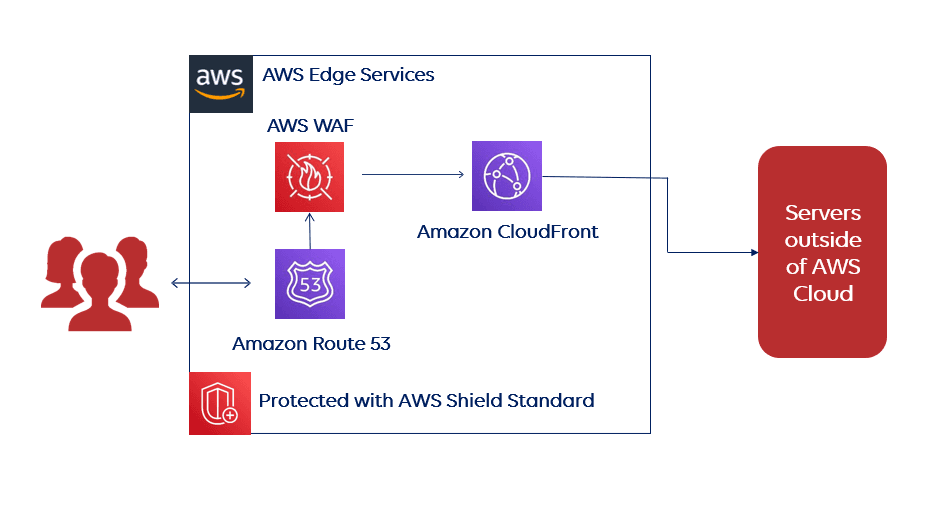 AWS Shield – service for the protection of 3 and 4 layer

At this point, it's clear that DDoS attacks are not going away. In fact, they're getting more powerful: AWS Shield Service mitigated a 2.3 terabit per second attack in February 2020.

and AWS WAF works well with Elastic Load Balancing, CloudFront CDN, and Amazon Route 53 DNS and protects your infrastructure from DDoS attacks of many types, shapes, and sizes.

There are two tiers of service:

AWS Shield Standard is available at no extra cost. It protects you from 96% of the most common attacks on 3 and 4 layers. This protection is applied automatically and transparently to your Elastic Load Balancers, Amazon CloudFront distributions, and AWS Route 53. 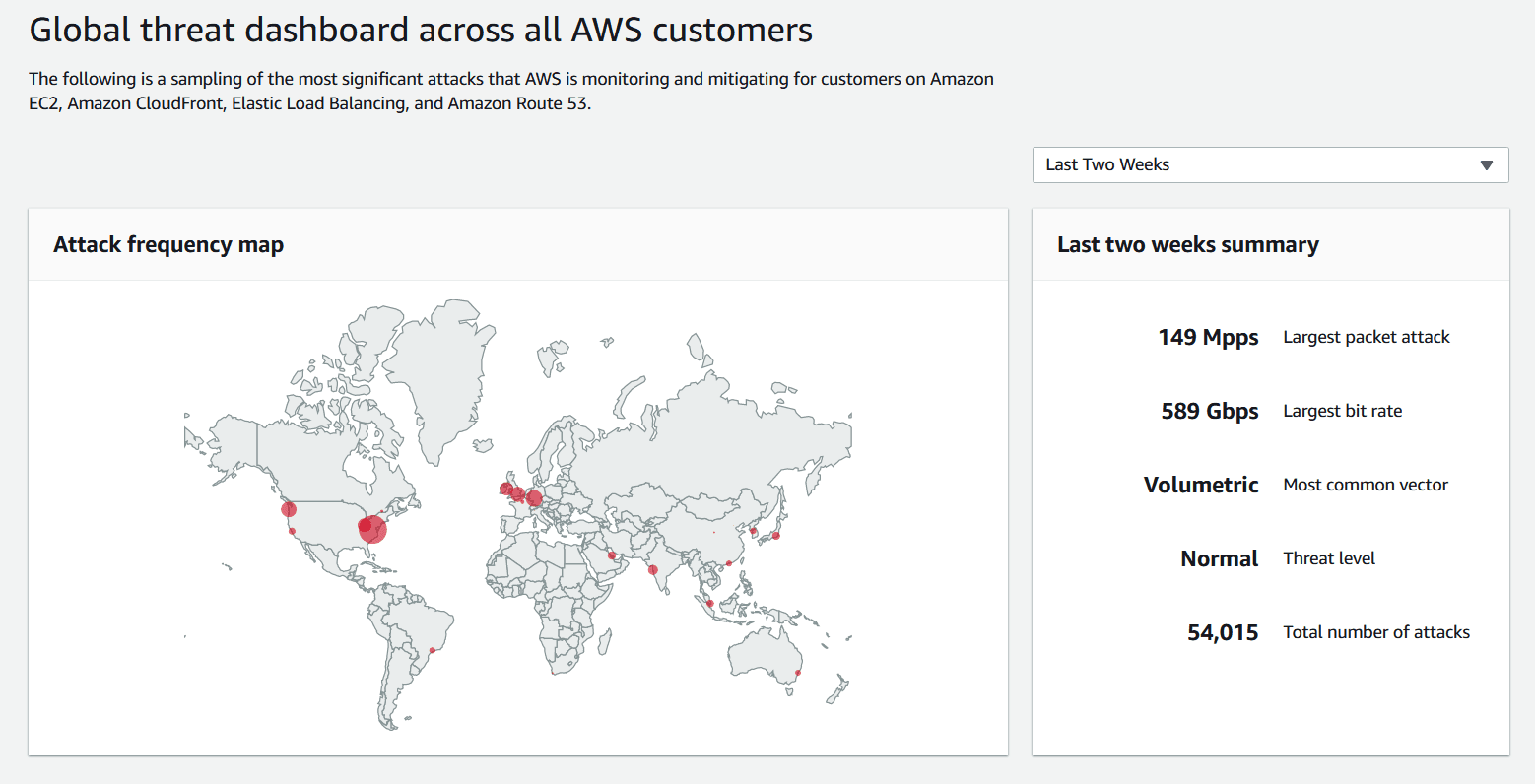 AWS WAF – service for the protection of layer 7

AWS Web Application Firewall (WAF) helps against attacks on the application layer 7, such as SQL injection or cross-site scripting which attempts to abuse a weakness in your application. Due to the specific nature of these attacks, with AWS WAF you can easily create customized rules against malicious requests which could have characteristics like being disguised as good traffic or coming from bad IPs, unexpected geographies, etc.

As for other AWS services you pay only for what you use based on how many rules you deploy and how many web requests your web application receives, but you can look at our offer and get AWS WAF in one of our StormIT bundles.

You can read more about it in our blog post - What is a Web Application Firewall (WAF) and Why Use It? or watch the video below.

CloudFront CDN is one of the Edge Services and can be used as a “front door” to your applications and infrastructure, as the primary attack surface is moved away from critical content, data, code, and infrastructure. CloudFront DDoS protection is automatic and provided by AWS Shield Standard but can be also used with AWS WAF or Shield Advanced.

If you want to know more about CloudFront pricing, consider reading this article.

Route 53 is a highly available and scalable cloud Domain Name System (DNS) AWS service. It is one of the Edge Services designed to give developers and businesses a reliable and cost-effective way to route end users to Internet applications. Route 53 is automatically protected by Shield Standard but can be also used with AWS WAF or Shield Advanced.

This is useful for those who use AWS resources as the origin for their applications. These two services can be used together to protect your resources and your infrastructure against traffic spikes because they can automatically scale-up and down the application infrastructure if needed.

How to get DDoS protection with third-party software solutions on AWS Marketplace?

There are more than 100 third-party Software as a Service (SaaS) solutions for DDoS protection on AWS Marketplace, but there are also offerings for Web Application Firewalls (WAFs) and other services.

If you are thinking about a third-party solution, it is worth looking into these three offerings – Citrix, F5, Fortinet.