Amazon Route 53 Pricing: How Does it Work?

Amazon Route 53 Pricing: How Does it Work? 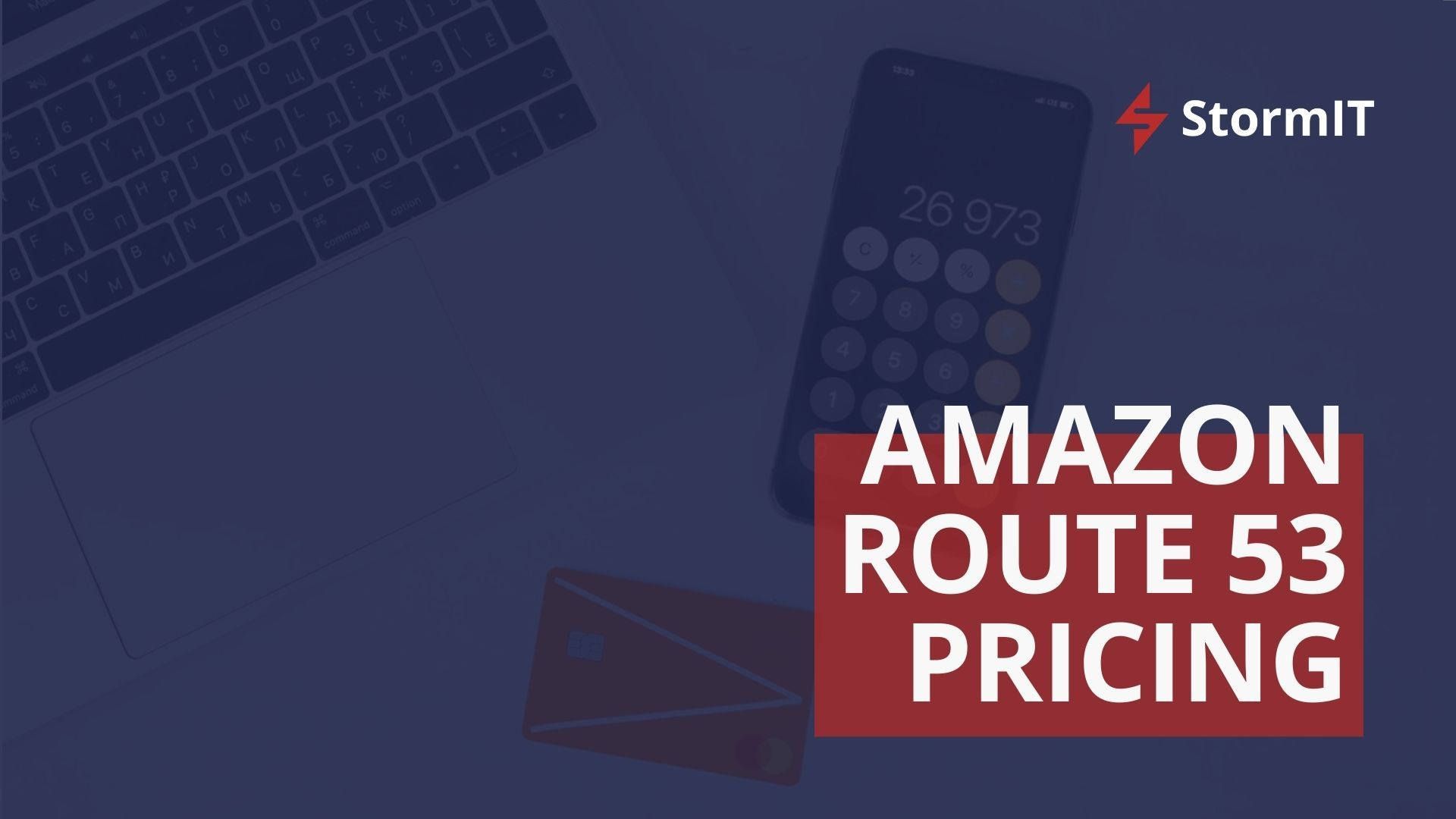 In this article, you will learn about:

Typically Route 53 doesn't tend to be a large cost center for the vast majority of businesses operating in the AWS Cloud. But when deciding where you will buy or host your domain name, it can be difficult to understand the final costs of Route 53.

This blog post will introduce the main elements of Amazon Route 53 DNS costs and explain which parts of this AWS service are free and which are paid.

The basics of Amazon Route 53 pricing

First, it’s good to understand the main parts of what you will see on your AWS bill: 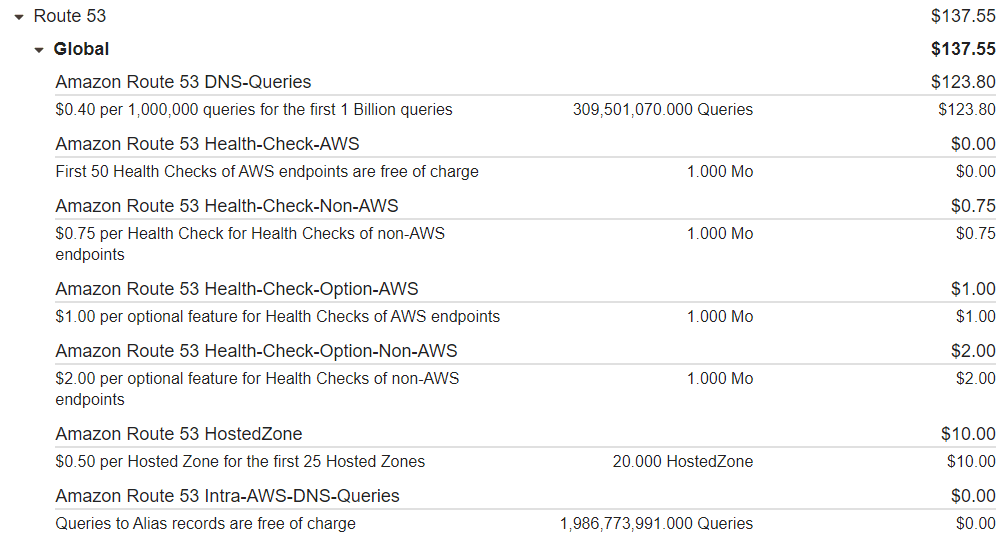 If you check the official AWS website about the free tier, you will find that AWS doesn’t offer a free tier for Route 53. But here is a list of Route 53 functions/features that are, in fact, free. Knowing about these features will help you understand how to avoid Route 53 charges.

A thorough overview on Route 53 pricing

The fee to register a domain ranges from $5 to several hundred dollars, depending on the top-level domain, such as *.com or *.org. View a list with current AWS domain registration pricing. You can't use Route 53 to register a domain that has a special or premium price.

For example, for a *.com domain, the most popular, it will cost you around $12 per year within Route 53. 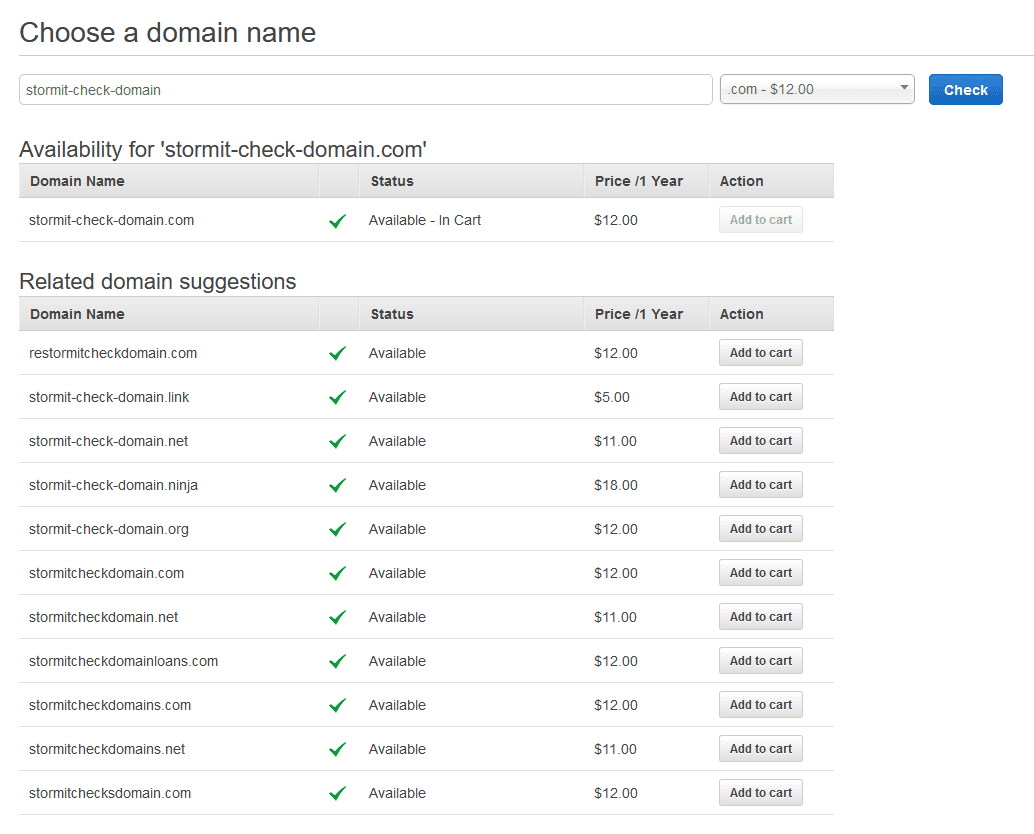 When you register a domain in Route 53, AWS automatically creates a hosted zone that has the same name as the domain. The fee for a hosted zone is $0.50 per month.

You'll need a hosted zone for each second-level domain (SLD). So, if you have site.com and site.net, you'll need two hosted zones. Subdomains (videos.site.com) are routed in the records of this hosted zone.

A hosted zone is charged at the time it's created (if not deleted within 12 hours of creation) and on the first day of each subsequent month.

Some of the query types are charged based on the routing policy that you choose when creating a new record for your hosted zone. 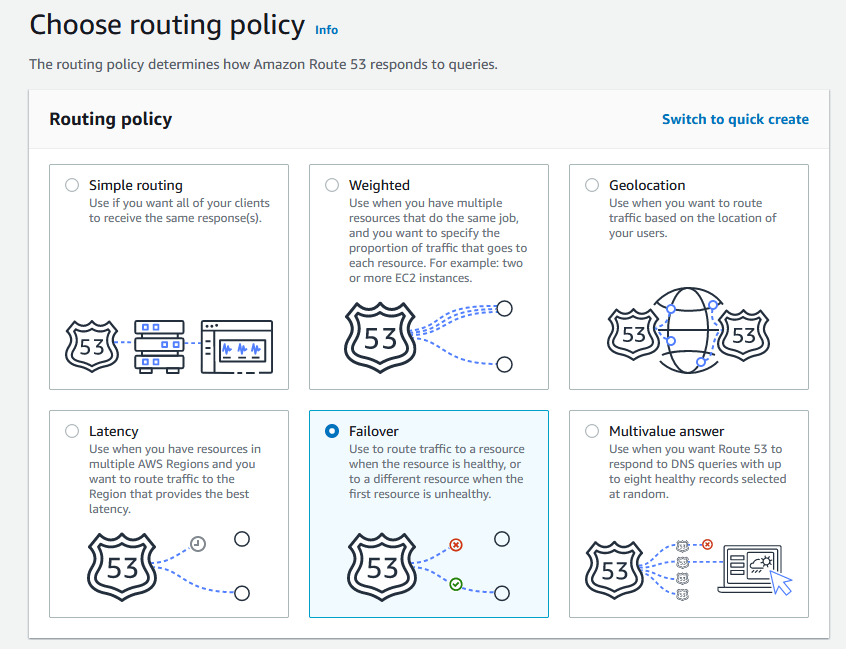 Queries for qualifying Alias records are provided at no additional cost to Route 53 customers. You can create Alias records for all of the query types (standard, latency based, geo and geoproximity).

You can create Alias records for AWS resources, such as:

For other queries, you will be charged based on the query type. If some of the queries do not fall into any of the categories below, they are charged the standard price, such as for a record that doesn't exist (ww1.site.com).

Traffic Flow offers a visual interface in which users can drag and drop elements of traffic routes into a graphical diagram for easier management. You create a policy record when you associate an Amazon Route 53 Traffic Flow policy with a specific domain name (such as www.site.com). 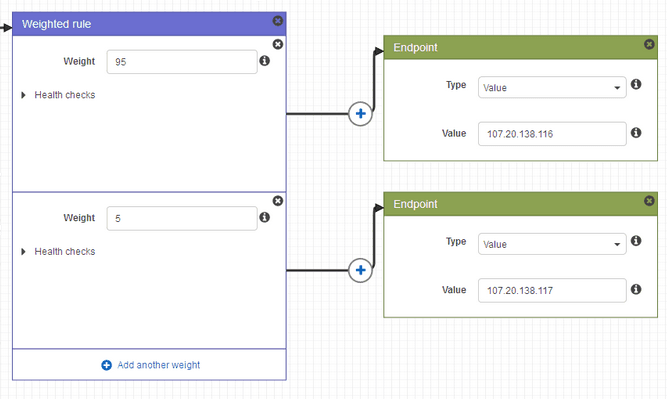 Route 53 health checks are a function that allows you to monitor the health of selected types of AWS resources or any endpoints that can respond to requests. Learn more...

The DNS Resolver service for VPCs integrates easily with DNS on your on-premises network.

Recursive DNS queries to and from on-premises networks

Only queries that pass through a Route 53 Resolver Endpoint (either inbound or outbound) will be charged.

Let’s assume that we have a business website domain that we host in Route 53. 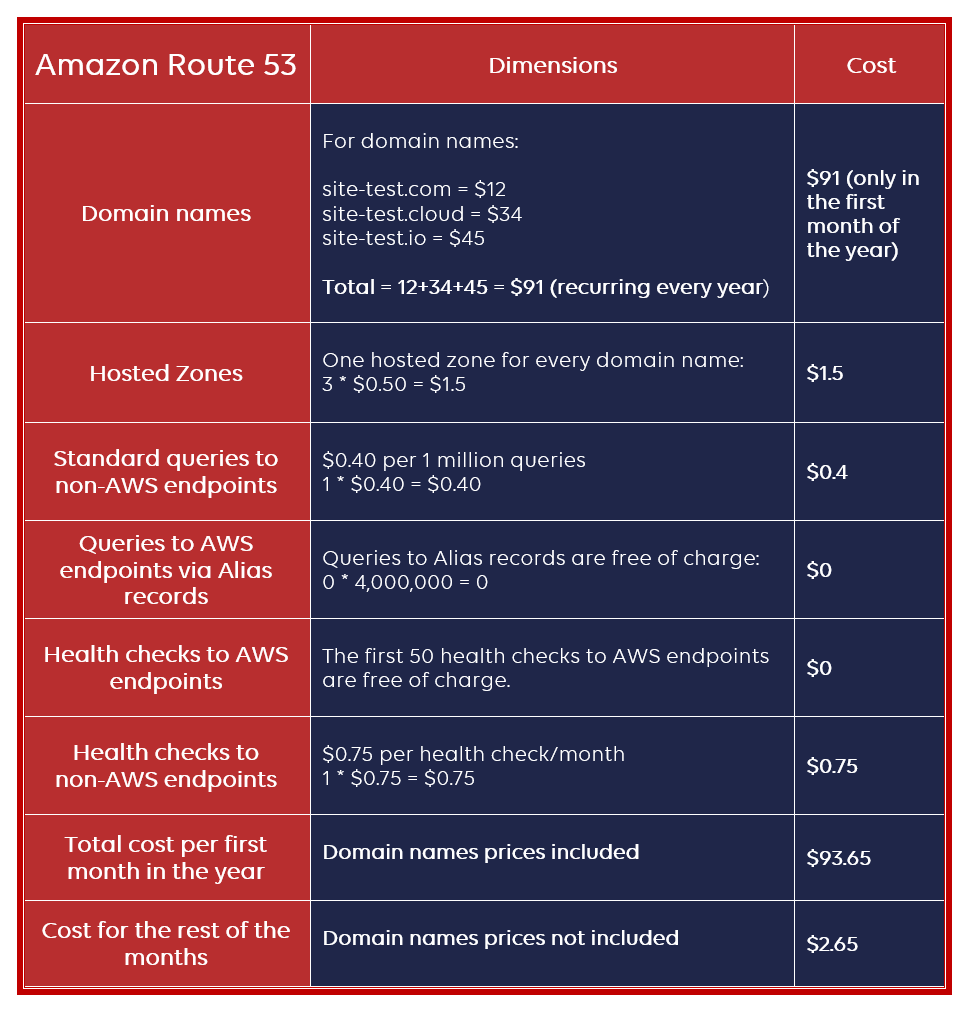 Learn about AWS Route 53 health-checking features and how to only route traffic to healthy AWS resources.

InScope Choses StormIT and AWS for Deployment of their AML Solution

What is a Web Application Firewall (WAF) and Why Use it?

What is the difference between a firewall and a web application firewall (WAF) and what are the benefits of WAF. Learn more...

Origin Shield: How does it Help to Protect Your Origin?

Learn what Origin Shield is, its use cases, benefits, and how it improves the performance of a CloudFront distribution.

AWS Instance Scheduler: Everything you Need to Know and Tutorial

Our team of certified Amazon Web Services consultants is ready to handle your next cloud project. Get in touch today to speak with a cloud expert and discuss how we can help.