What is RTT (Round-Trip Time) and How to Reduce it? 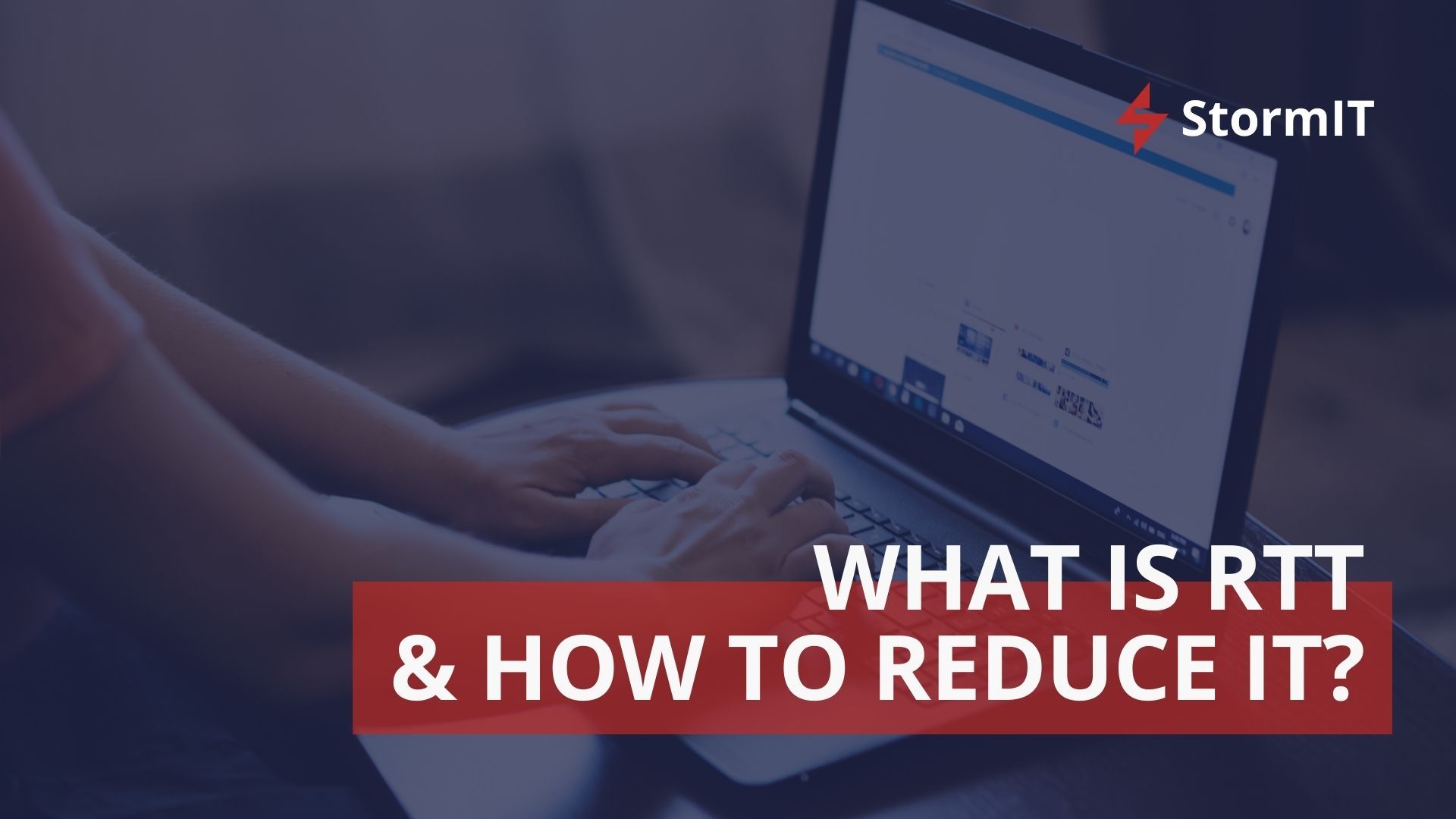 Round-trip time is an important metric in networking that can indicate the quality of communications between two endpoints. RTT can be directly impacted by a range of architecture design decisions, especially by your network topology.

What is Round-Trip Time (RTT)? 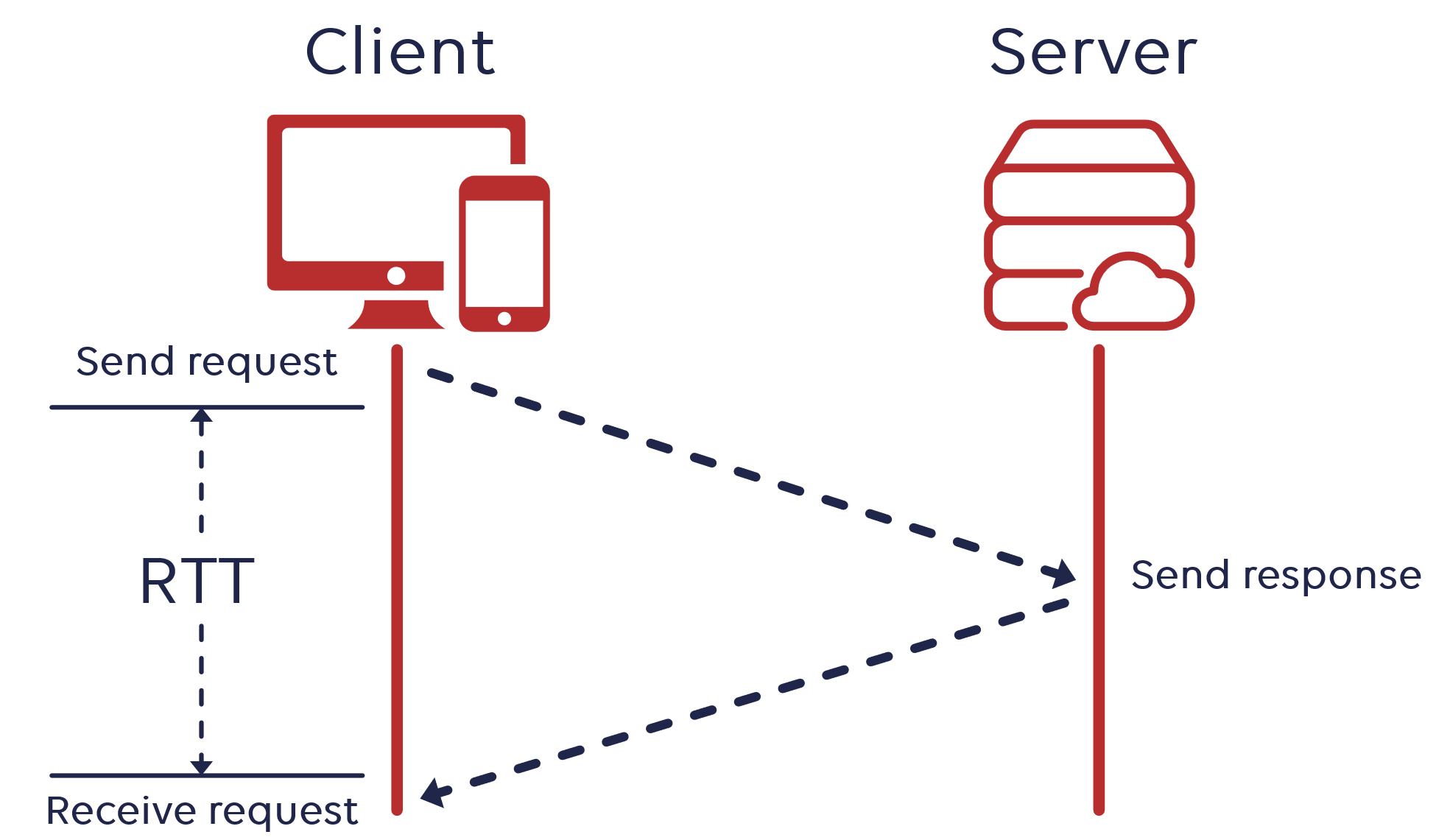 RTT vs. Ping – What’s the difference?

Round-trip time and ping time are sometimes considered synonymous. Although ping time can provide a good RTT estimate, the difference is that ping tests are usually performed within a transport protocol that uses ICMP packets. In contrast, RTT is measured at the application layer (layer 7 of OSI/ISO) and includes additional processing delays caused by higher-level protocols and applications (e.g. encrypted communication by HTTPs).

RTT vs. Latency – What’s the difference?

Network latency is closely related, but different from RTT. Latency is the time required for a data packet to travel from the sending endpoint to the receiving endpoint (only one trip). Many factors may affect this path.

The latency is not definitely equal to half of the RTT, because the latency may be asymmetric between any two given endpoints. RTT includes the processing delay at the echo endpoint.

What is a good round-trip time?

Every type of application will have its own requirements and it’s almost impossible to give a concrete time. What is bearable for one application may be unbearable for another.

For instance, AWS WorkSpaces, which is a fully managed and persistent desktop virtualization service that enables users to access their applications and the resources they need, has these thresholds for RTT:

Why is RTT in networking important?

Network round-trip time tends to have a great impact on your end-user experience in interactive applications, such as web browsing. Network administrators can use it to diagnose the speed and reliability of the network connection and many web applications disconnect if RTT is too high.

How to calculate or measure RTT

The best way to calculate RTT is to understand that when a user loads a web page in a browser, they must first send out a request to load the page. This requires at least one RTT to get the response to the user.

Although it is not the most accurate way to estimate RTT, the most common tool used to measure the RTT is a ping) command. A ping command sends Internet Control Message Protocol (ICMP) echo request packets to the destination and then reports the time, in milliseconds, that it takes to receive a response signal. As you can see below, it can be used in Windows command-line (CMD) by typing ping “server ip or link”.

You can use the following Linux command to measure average, maximum, and minimum RTT for a specified server. 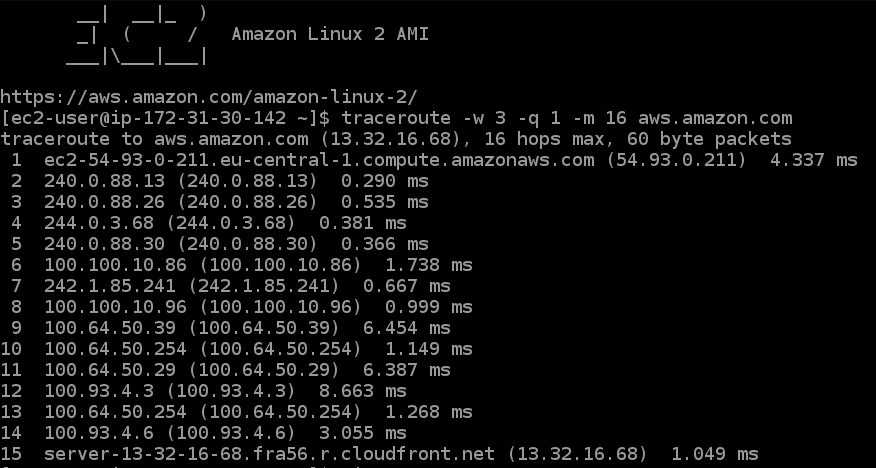 These are some basic things that can influence RTT:

How to reduce RTT

This section is separated into two – General and CDN, because the CDN is a separate way to reduce the overall RTT.

One of the original issues CDNs (Content Delivery Networks) were designed to solve was to reduce RTT. They have been largely successful, and it’s now reasonable to expect a decrease in your RTT of 50% or more after onboarding a CDN service. You will read about the main reasons why this is possible in the section below.

StormIT recommends using cloud-based CDN such as Amazon CloudFront, which is a network of strategically placed servers, each holding a copy of your content. CloudFront works seamlessly with any AWS origin, such as Amazon S3, Amazon EC2, Elastic Load Balancing, or with any custom HTTP origin.

CDN is able to address the factors influencing RTT in the following ways:

StormIT offers custom Amazon CloudFront pay-as-you-go pricing and you pay only for what you use. There is no minimum fee and you can start as low as 1TB/month.

Learn more about Amazon CloudFront and how StormIT can help you reduce costs associated with using it or contact us for a free consultation.